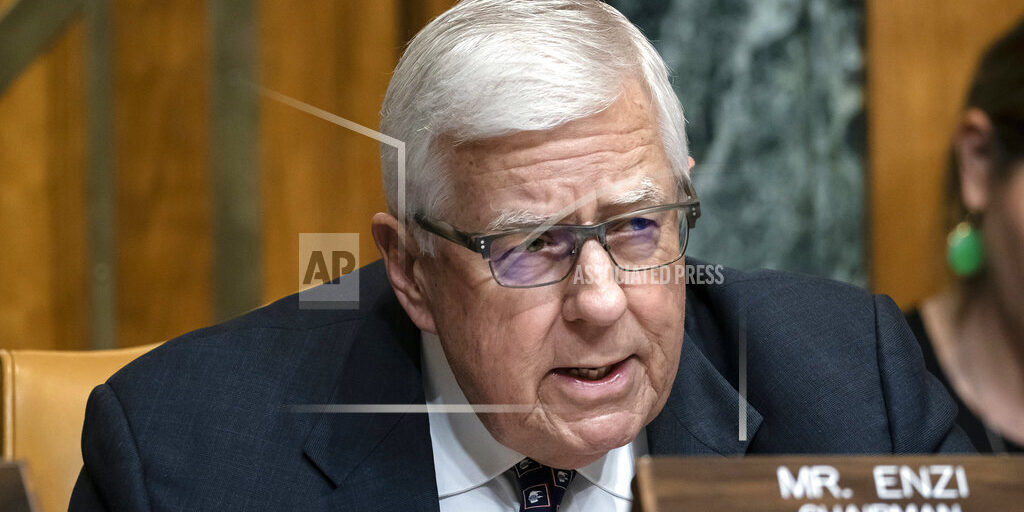 GILLETTE, Wyo. (AP) — Retired Sen. Mike Enzi, a Wyoming Republican known as a consensus-builder in an increasingly polarized Washington, has died. He was 77. Former Enzi spokesman Max D’Onofrio says Enzi died peacefully Monday surrounded by family and friends. Enzi had been hospitalized with a broken neck and ribs three days after a bicycle accident near Gillette on Friday. Enzi was stabilized before being flown to a hospital in Colorado. Police say they’ve seen no indication anybody else was nearby or involved in the accident. Enzi retired from the Senate in January. Enzi is survived by his wife, three children and several grandchildren.