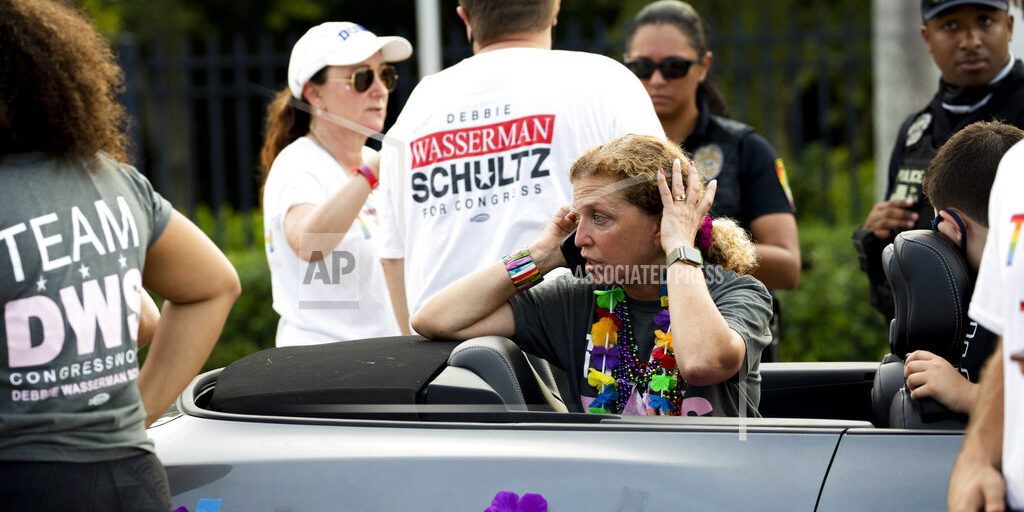 WILTON MANORS, Fla. (AP) — Authorities say a driver slammed into spectators at the start of a Pride parade in South Florida, killing one man and injuring another. News outlets report a statement from the president of the Fort Lauderdale Gay Men’s Chorus says the driver and the victims were a “part of the chorus family.” The driver was taken into custody. Authorities did not say whether they think the crash was intentional. Police say the other victim is expected to survive. The crash happened near a convertible Democratic U.S. Rep. Debbie Wasserman Schultz was riding in. She said in a statement she was “deeply shaken and devastated that a life was lost.”