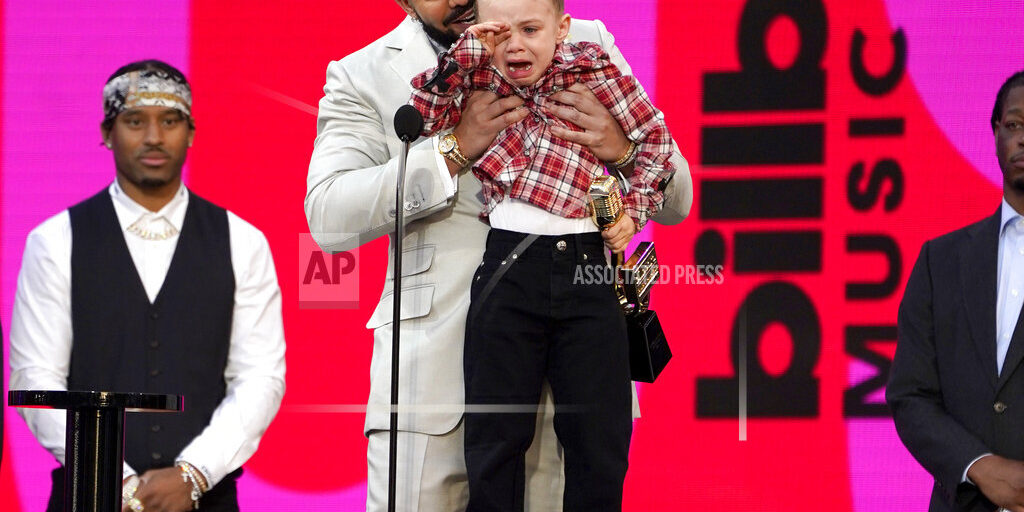 NEW YORK (AP) — It was a family affair at the Billboard Music Awards: Pink twirled in the air in a powerful performance with her daughter, and Drake was named artist of the decade, accepting the honor alongside his 3-year-old son. The Weeknd was on hand to accept the most wins of the night — 10. He walked into the show with 16 nominations, winning honors like top artist, top Hot 100 song for “Blinding Lights” and top R&B album for “After Hours.” Pink’s performance was one of several pre-taped moments at the awards show, which aired on NBC. Live performances were held outdoors, in front of feverish audience members wearing masks.