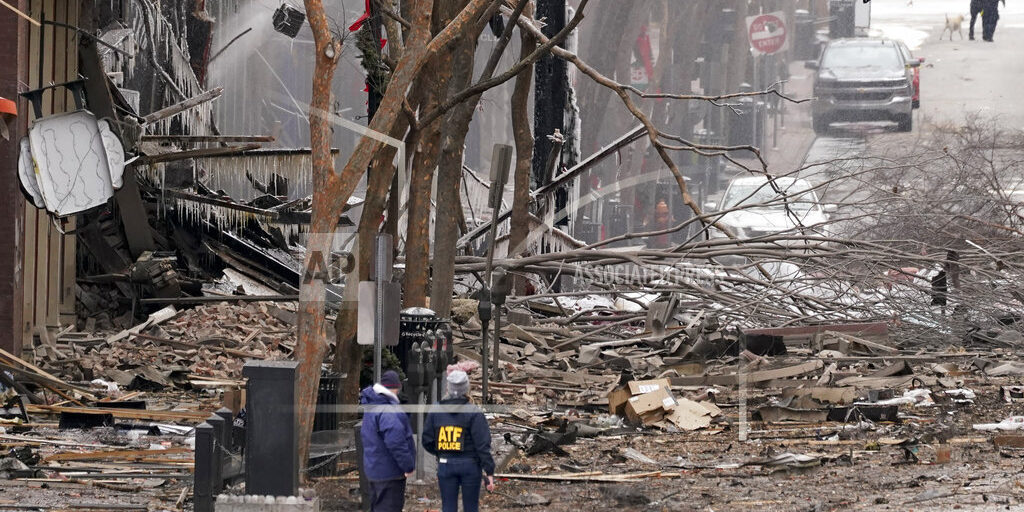 NASHVILLE, Tenn. (AP) — A recreational vehicle parked in the deserted streets of downtown Nashville exploded early Christmas morning, causing widespread communications outages that took down police emergency systems and grounded flights at the city’s airport. Police believe the blast was intentional but don’t yet know a motive or target. Metro Nashville Police Chief John Drake noted that officials had not received any threats before the explosion. The chief said investigators have found tissue at the scene that they believe could be remains. Mayor John Cooper  said three people taken to area hospitals for treatment were in stable condition Friday evening.