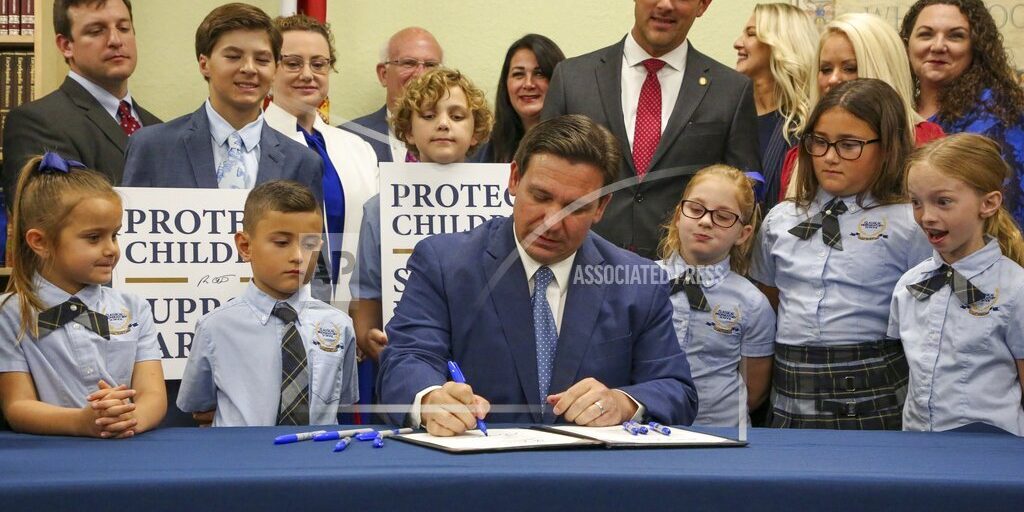 TALLAHASSEE, Fla. (AP) — Florida Gov. Ron DeSantis has signed a bill that forbids instruction on sexual orientation and gender identity in kindergarten through third grade. The Republican governor signed the measure into law on Monday following a news conference at a charter school. DeSantis and others speaking in favor of the bill stood at a podium affixed with a placard reading Protect Children/Support Parents. Critics argue it marginalizes LGBTQ people and have labeled it the “Don’t Say Gay” bill. It also has drawn intense scrutiny from LGBTQ advocates, students, national Democratic politicians, the White House and the entertainment industry. DeSantis and Republicans have repeatedly said the measure is reasonable.