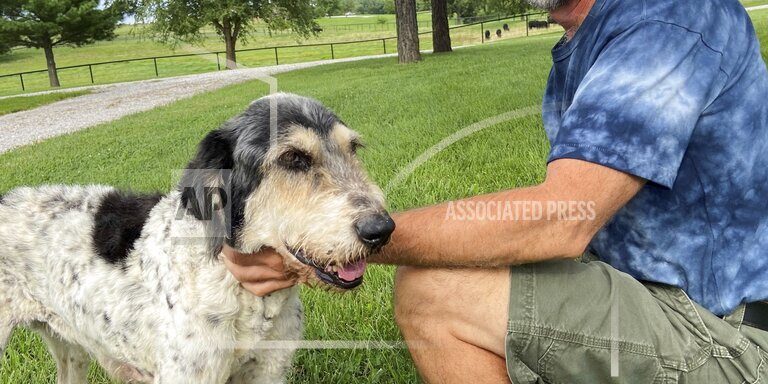 Jeff Bohnert had all but given up on seeing his poodle-hound mix again after she went missing in early June. Two months later, he got a text from a neighbor: People exploring a nearby cave found a dog. Could it be Abby? Curious, Bohnert went to the cave site not far from his rural Missouri home, expecting to confirm it wasn’t Abby. Then he saw the picture one of the rescuers took. He said, “That’s my dog.” Bohnert and rescuers believe the nearly 14-year-old dog lived mostly off of her own body fat while spending nearly 60 days inside the cave before her rescue on Aug. 6. She is now regaining weight and is wagging her tail again.