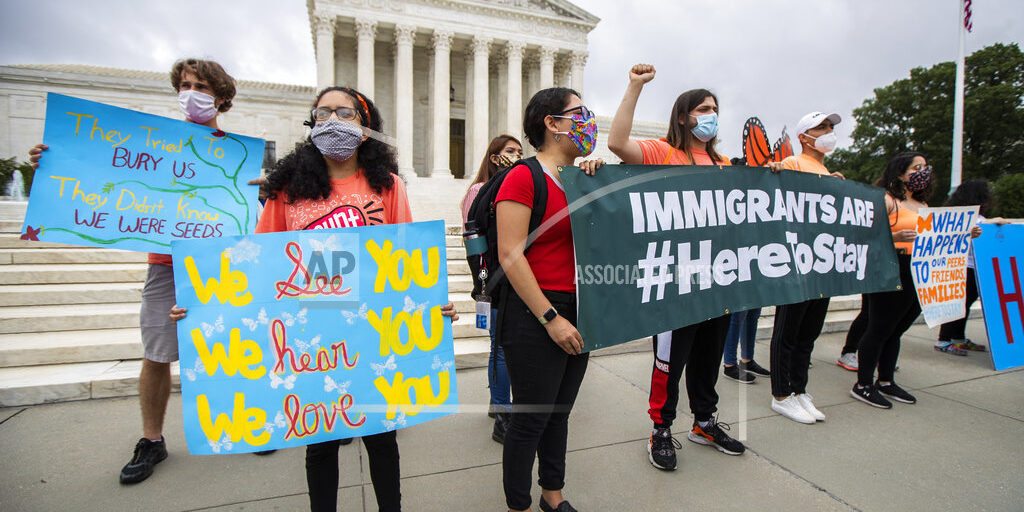 WASHINGTON (AP) — The Supreme Court has rejected President Donald Trump’s effort to end legal protections for 650,000 young immigrants, a stunning rebuke to the president in the midst of his reelection campaign. For now, those immigrants retain their protection from deportation and their authorization to work in the United States. The outcome seems certain to elevate the issue in Trump’s campaign for reelection, given the anti-immigrant rhetoric of his first presidential run in 2016 and immigration restrictions his administration has imposed since then. It’s Trump’s second rebuke from the court in a week after Monday’s ruling that it’s illegal to fire people because they’re gay or transgender.