St. Louis, MO (KTRS) St. Louis City Police Detectives are asking for the public’s help in identifying a man accused of robbing a Walgreens in South St. Louis on Tuesday. According to a release, the suspect entered the Princeton Heights store in the 64-hundred block of Gravois at around 7:45 Tuesday night. He told the cashier he was armed and demanded cash from the register. He then ran from the store. No one was injured in the incident. If you have any information contact CrimeStoppers at 866-371-8477. 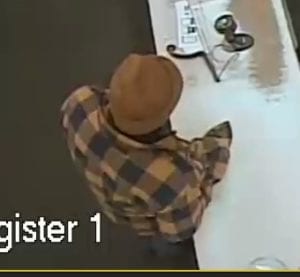