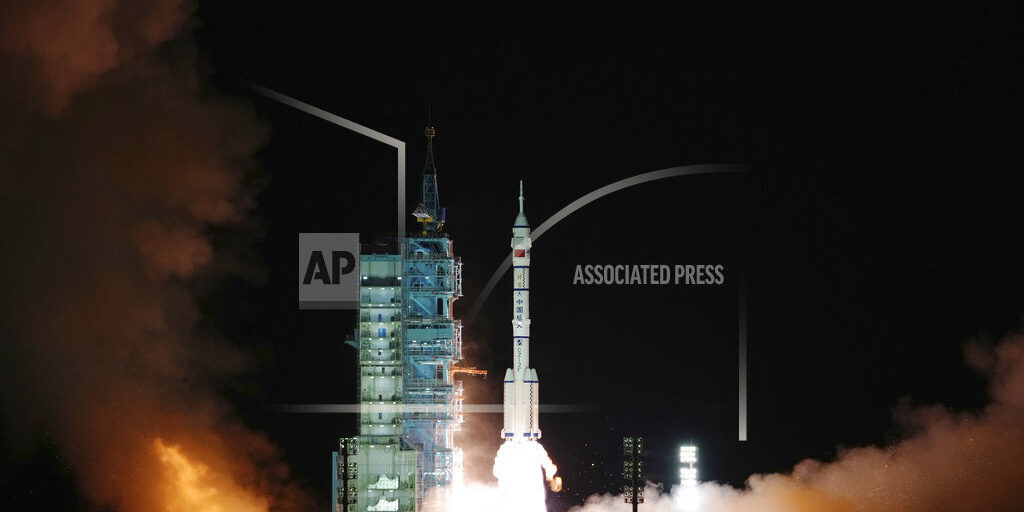 BEIJING (AP) — China has launched a three-person crew for a six month-mission aboard its space station that could set a new record for the length of time spent in space by Chinese astronauts as the country moves toward completing the orbiting structure. The Shenzhou-13 spaceship carrying the astronauts was launched by a Long March-2F rocket at 12:25 a.m. local time. It is expected to dock with the Tianhe module within next six hours to begin the mission that will continue the work of the initial crew. They conducted two spacewalks and deployed a 10-meter mechanical arm before returning from their 90-day stay in mid-September.