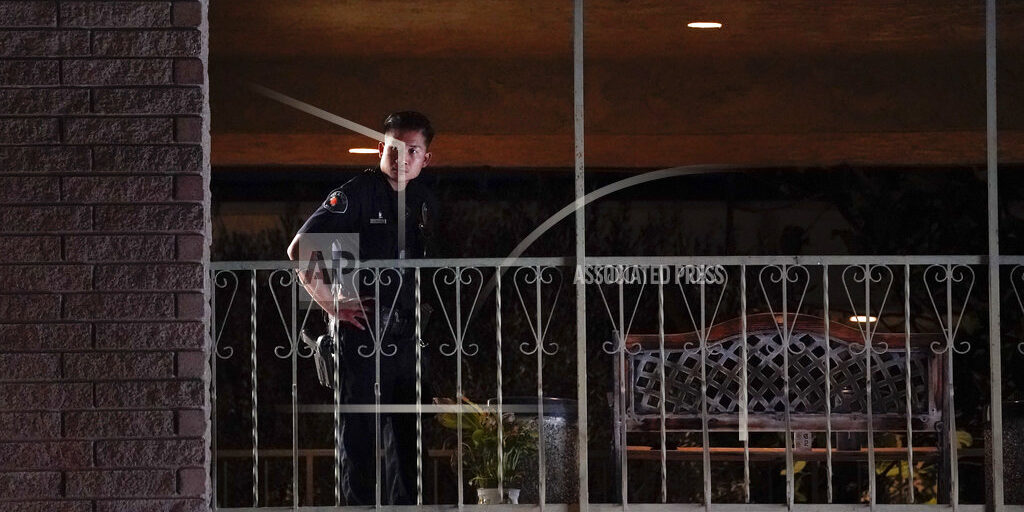 LOS ANGELES (AP) — The nation’s latest mass shooting has occurred at a Southern California office building where four people were killed, including a child, and a woman was critically wounded. Police had no word on a possible motive for Wednesday’s violence in the city of Orange, southeast of Los Angeles. When police arrived at about 5:30 p.m. gunshots were being fired at the two-story building that includes a mobile home brokerage and other businesses. Officers fired and the suspect was critically wounded. People gathered outside the building after the shooting hoping to get word about loved ones. It’s the third mass shooting in barely two weeks. Previous shootings in Colorado and Georgia left 18 people dead.