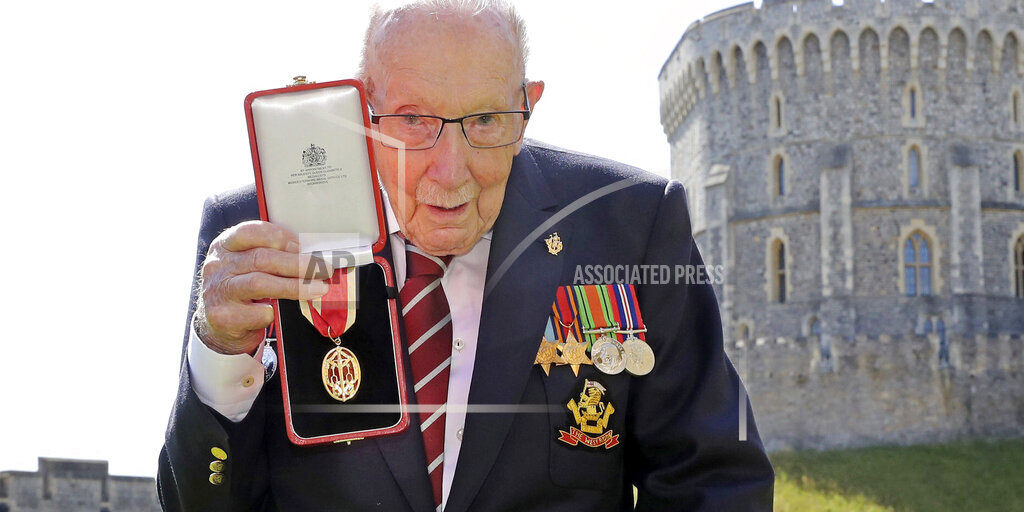 LONDON (AP) — The World War II veteran who walked into the hearts of a nation in lockdown as he shuffled up and down his garden to raise money for healthcare workers has died after testing positive for COVID-19. Capt. Tom Moore was 100. His family announced Moore’s death Tuesday in a tweet with his photo. Captain Tom, as he became known in newspaper headlines and TV interviews, set out to raise 1,000 pounds for Britain’s National Health Service by walking 100 laps of his backyard. But his quest went viral and donations poured in from as far away as the United States and Japan, raising some 33 million pounds ($40 million).