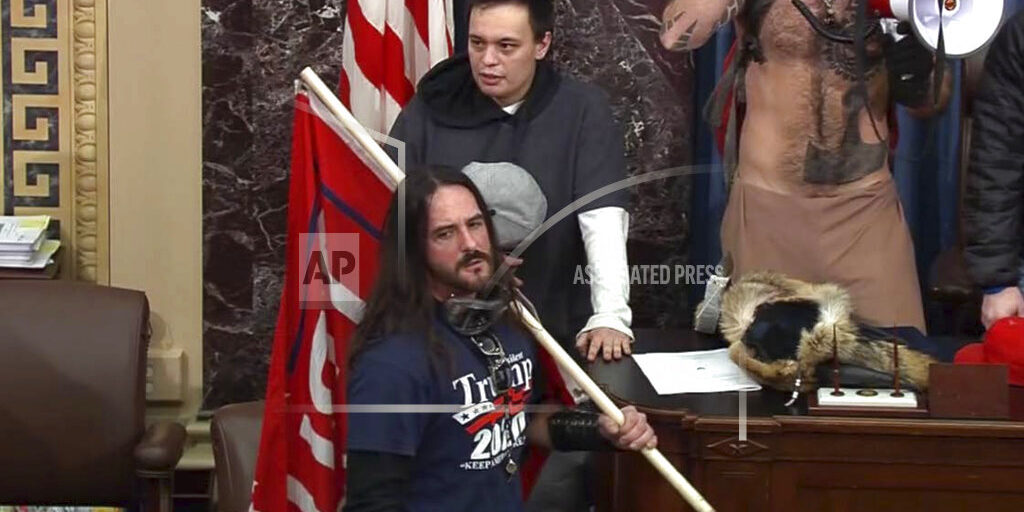 A Florida man who breached the U.S. Senate chamber carrying a Trump campaign flag has received an eight-month prison term, the first resolution for a felony case in the Capitol insurrection. Prosecutors wanted Paul Allard Hodgkins to serve 18 months behind bars, saying he and other Jan. 6 rioters “contributed to the collective threat to democracy.” A lawyer for Hodgkins asked the judge at his Monday sentencing in Washington, D.C., not to impose a prison sentence. Hodgkins was never accused of assaulting anyone or damaging property. Hodgkins pleaded guilty last month to one count of obstructing an official proceeding and apologized Monday, saying he made a ”foolish decision.”