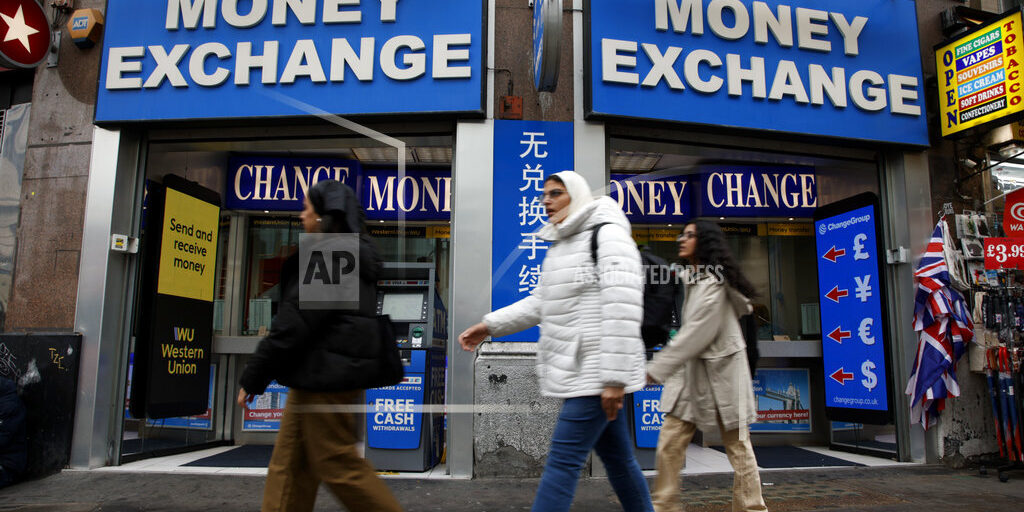 LONDON (AP) — The British pound has fallen to an all-time low against the U.S. dollar after the government pledged a sweeping package of tax cuts that have fueled concerns about its economic policy. The pound fell as low as $1.0373 Monday, before rallying to above $1.06 in early London trading. The British currency has lost more than 5% against the dollar since Friday, when Treasury chief Kwasi Kwarteng announced the biggest tax cuts in 50 years. It comes as the government plans to spend billions of pounds to help consumers and businesses struggling with high energy bills that are driving a cost-of-living crisis. The combination sparked investor concern about spiraling government debt.