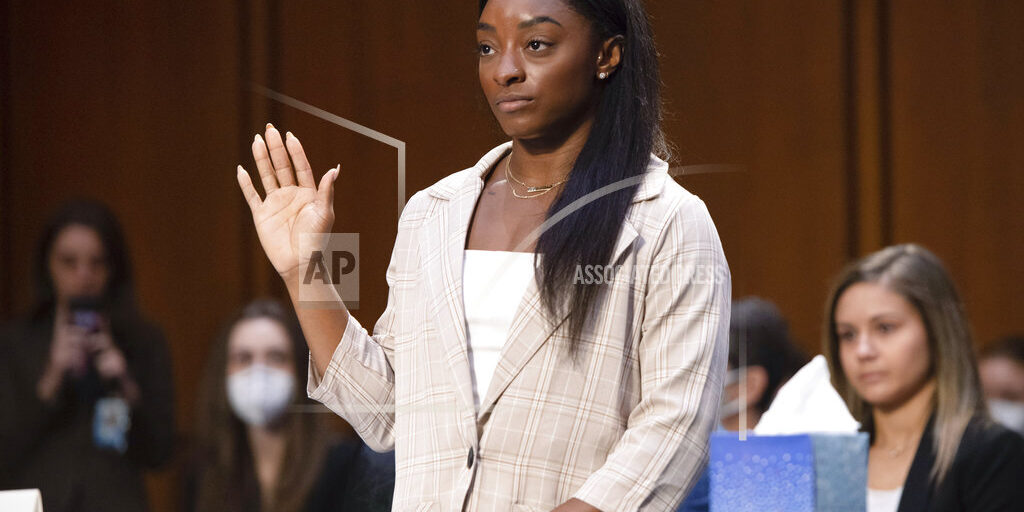 WASHINGTON (AP) — Olympic gold medalist Simone Biles has told Congress that the FBI and gymnastics officials turned a “blind eye” to USA Gymnastics team doctor Larry Nassar’s sexual abuse of her and hundreds of other women. Biles told the Senate Judiciary Committee Wednesday that “enough is enough” as she and three other U.S. gymnasts spoke in stark emotional terms about the lasting toll Nassar’s crimes have taken on their lives. The hearing is part of a congressional effort to hold the FBI accountable after multiple missteps in investigating the case – including the delays that allowed Nassar to abuse additional young gymnasts.