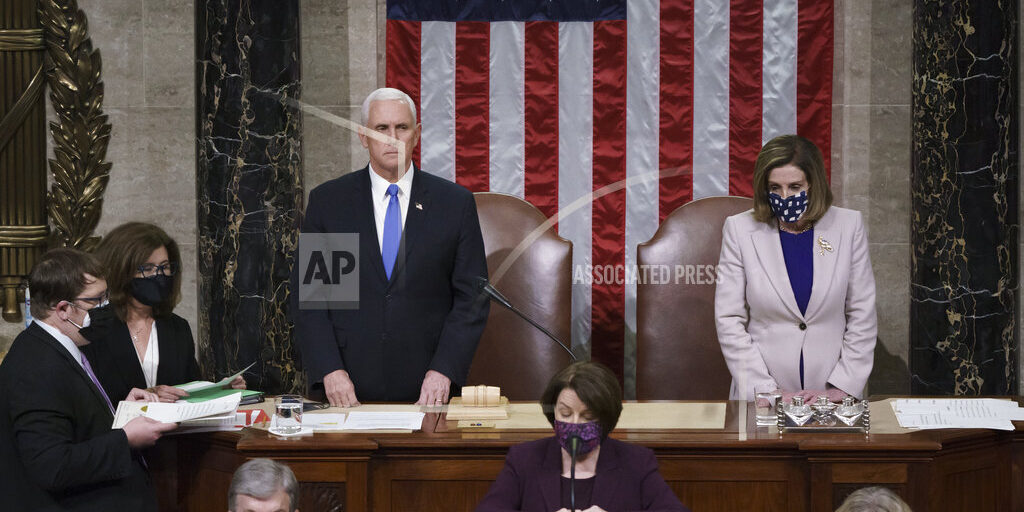 WASHINGTON (AP) — Congress has confirmed Democrat Joe Biden as the presidential election winner, hours after violent protesters loyal to President Donald Trump stormed the U.S. Capitol. Lawmakers resolved to work almost through the night to uphold the will of the voters. The Capitol was under siege for hours Wednesday, forcing lawmakers into hiding before being evacuated by police. Earlier, at a huge rally near the White House, the president had urged his supporters to march to Capitol Hill to protest his election defeat. Congress eventually resumed after the protest, and lawmakers confirmed Biden won. Trump promised an “orderly transition” on Jan. 20.