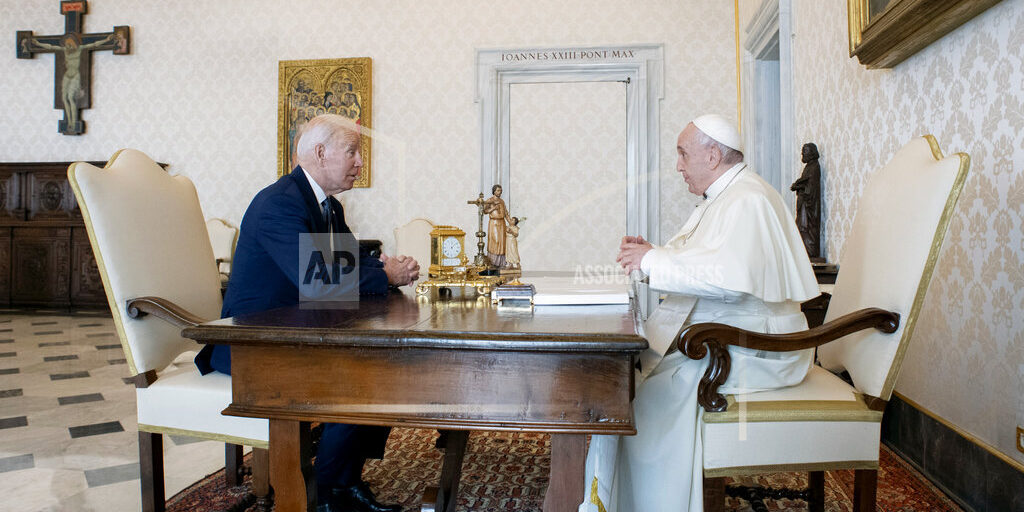 ROME (AP) — President Joe Biden says Pope Francis told him he’s a “good Catholic” and should keep taking Communion when the world’s two most prominent Roman Catholics met at the Vatican on Friday. Some conservatives have called for Biden to be denied the sacrament because his outspoken support for abortion rights and same-sex marriage contradicts church teaching. Speaking to reporters after an unusually long, 75-minute private audience with the pope, Biden described the meeting as “wonderful” and said the pope blessed his rosary beads and prayed for him. The Vatican declined to comment, a typical practice regarding the pope’s private conversations.