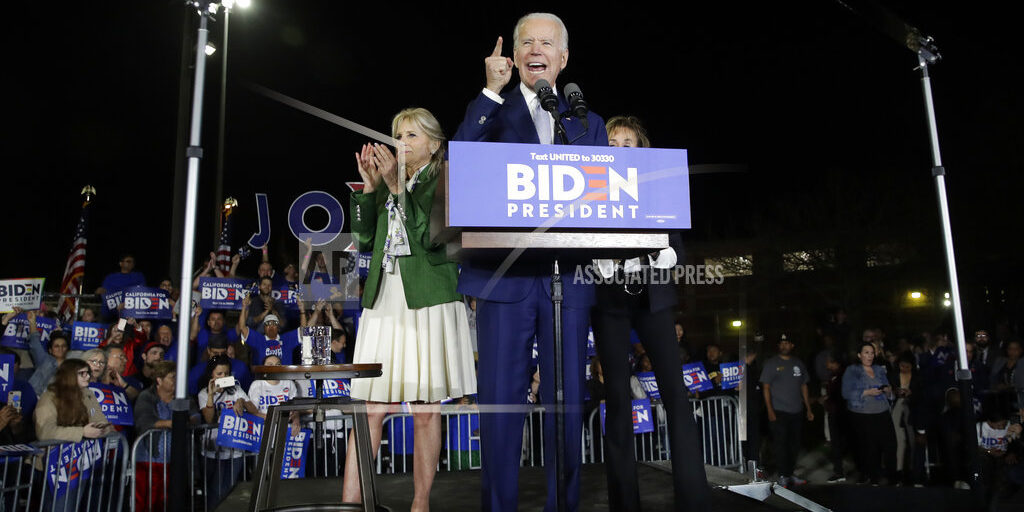 Washington D.C. (AP) — A resurgent Joe Biden scored sweeping victories from Texas to Massachusetts on Super Tuesday, revitalizing a presidential bid that was teetering on the edge of disaster just days earlier. But his rival, Bernie Sanders, seized the biggest prize with a win in California that ensured he would drive the Democrats’ nomination fight for the foreseeable future. Suddenly, the Democratic Party’s presidential field, once featuring more than two dozen candidates, transformed into a two-man contest. Biden and Sanders were battling for delegates as 14 states and one U.S. territory held a series of high-stakes elections that marked the most significant day of voting in the party’s 2020 presidential nomination fight.