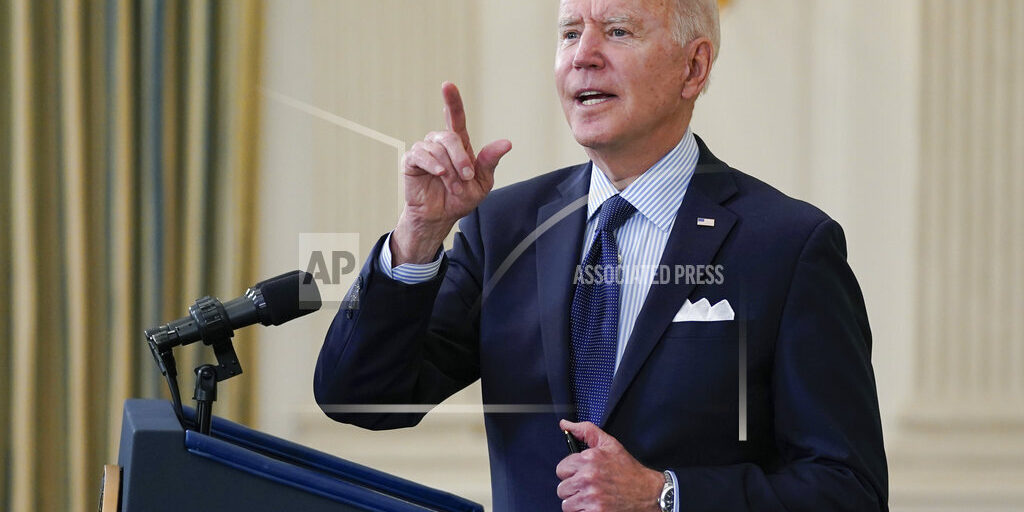 WASHINGTON (AP) — President Joe Biden has set a new vaccination goal to deliver at least one dose to 70% of adult Americans by July Fourth. He’s focusing on easing access to shots as his administration tackles the vexing problem of winning over those reluctant to get inoculated. The new goal comes as demand for vaccines has dropped off markedly nationwide, with some states leaving more than half their vaccine doses unordered. Biden called for states to make vaccines available on a walk-in basis and will direct many pharmacies to do the same. Biden’s goal includes delivering at least the first shot to 181 million adults and fully vaccinating 160 million by Independence Day.