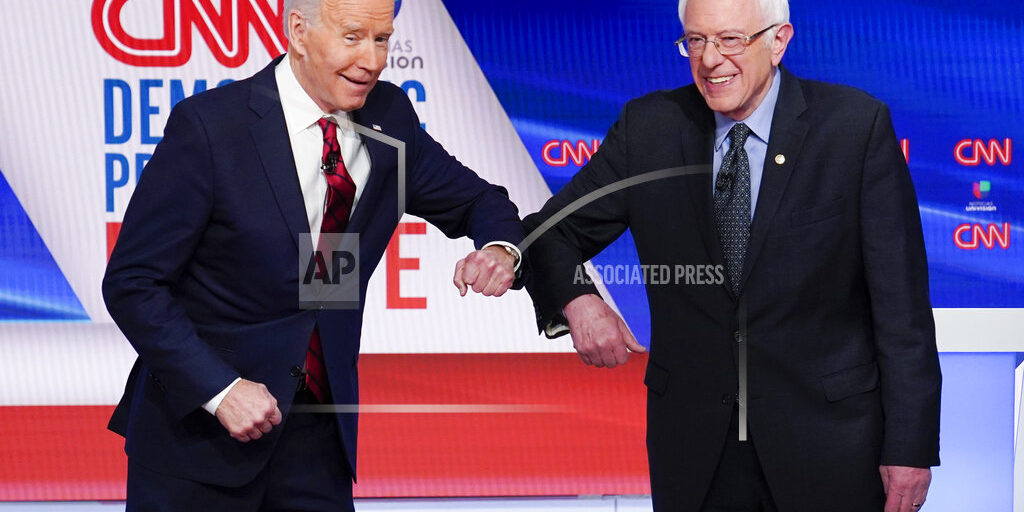 WASHINGTON (AP) — Bernie Sanders has endorsed Joe Biden’s presidential candidacy. The two former rivals made a joint online appearance on Monday. Sanders says he’s asking all Americans to come together to support Biden’s candidacy, which he says he also supports. The backing is a crucial development for Biden, who must bridge the Democratic Party’s ideological divide to unify voters against President Donald Trump in the fall. Biden and Sanders clashed throughout the primary over policy issues such as “Medicare for All.” The endorsement stands in contrast to the extended 2016 fight between Sanders and Hillary Clinton, who became the nominee that year.