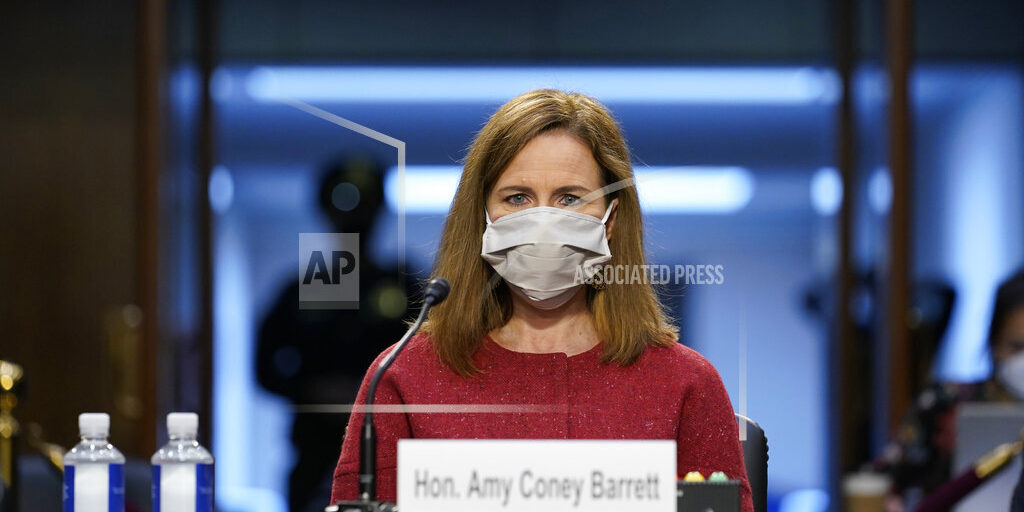 WASHINGTON (AP) — Supreme Court nominee Amy Coney Barrett is telling senators she would bring no “agenda” to the court, batting back questions on abortion, gun rights and other hot-button issues. She declined to say whether or not she would recuse herself from any post-election disputes that might arise from the Nov. 3 election between President Donald Trump, the man who nominated her, and Democrat Joe Biden. More generally, she said she admires the late Justice Antonin Scalia, but “you would be getting Justice Barrett.” On the second day of her confirmation hearings, the mood shifted to a more confrontational tone at the Senate Judiciary Committee.