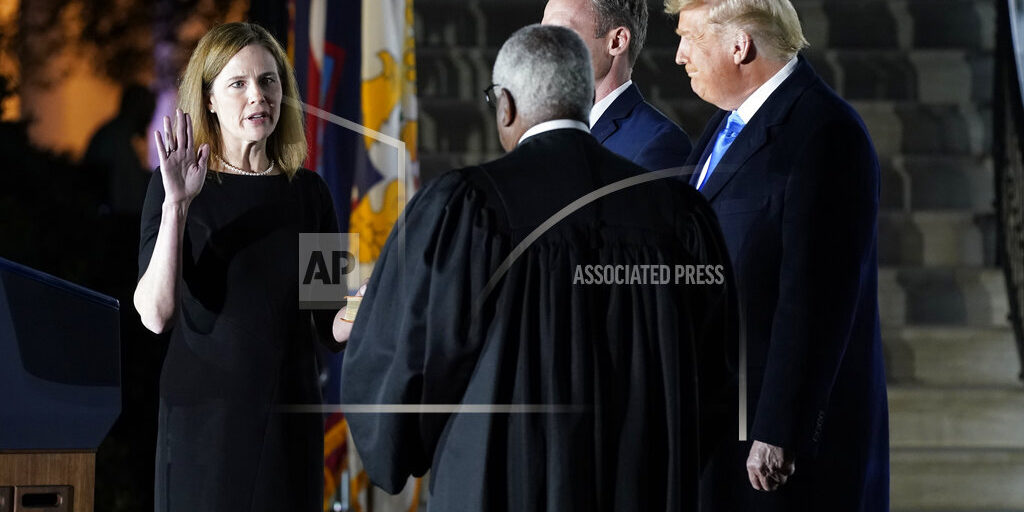 Washington D.C. (AP) — Amy Coney Barrett is headed to the Supreme Court. The Senate has confirmed President Donald Trump’s nominee by a 52-48 vote, with Republicans overpowering Democratic opposition a week before Election Day. Trump held a primetime swearing-in event at the White House and called it “a momentous day for America.” Barrett will be the third Supreme Court justice nominated by Trump, and she will be able to start work Tuesday. At 48, she is likely secure a conservative court majority for years to come. Barrett will fill the vacancy left by the late Justice Ruth Bader Ginsburg, the liberal icon who died last month.