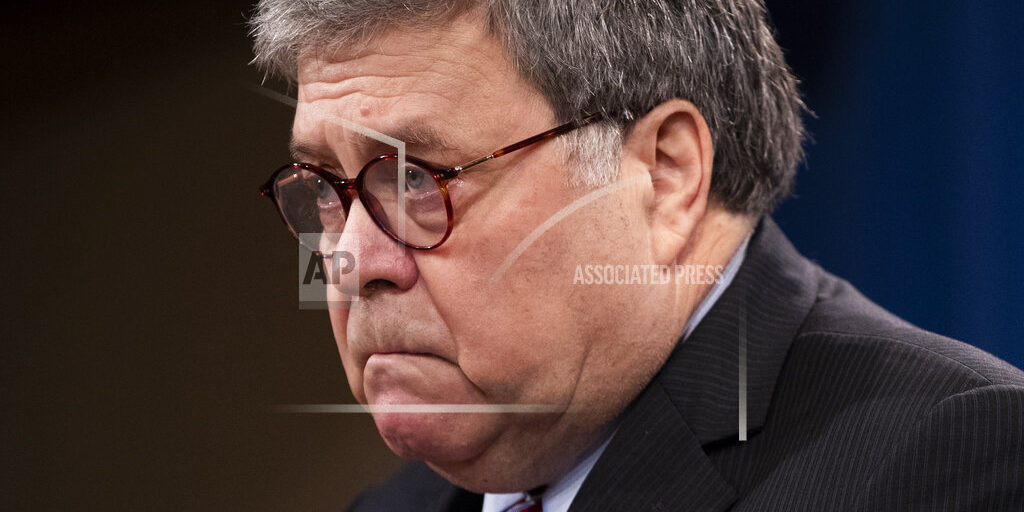 WASHINGTON (AP) — Breaking with President Donald Trump, Attorney General William Barr says he sees no reason to appoint a special counsel on potential election fraud or the tax investigation into the son of President-elect Joe Biden. Barr gave his final press conference as attorney general Monday. He said the investigation into Hunter Biden’s financial dealings is “being handled responsibly and professionally.” He also reinforced that federal officials believe Russia was behind the cyberespionage operation targeting the U.S. government. Trump had suggested without evidence that China could be responsible. As for election fraud, Trump has continued to push baseless claims even after the Electoral College made Biden’s win formal.