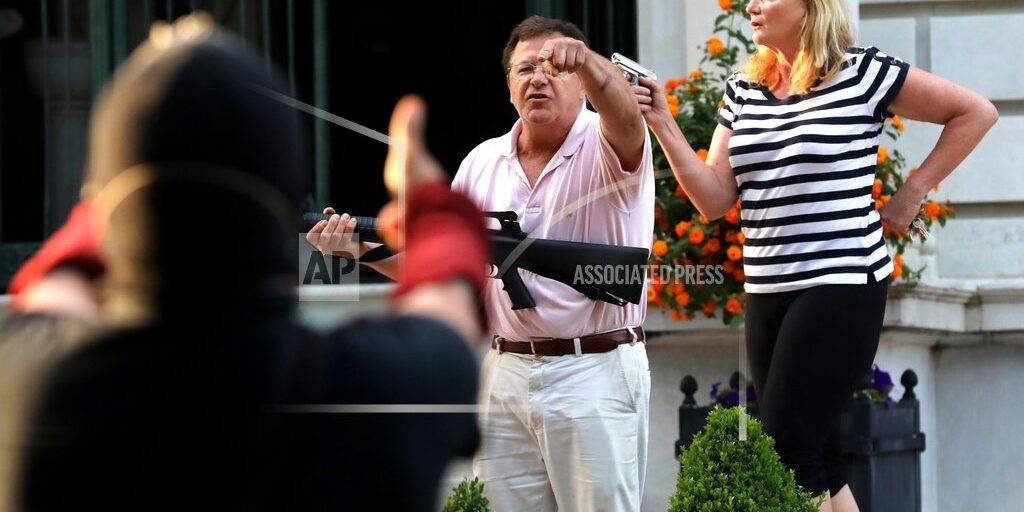 An attorney for a white couple who pointed guns at protesters outside their mansion in St. Louis, Missouri, says they are strong supporters of the Black Lives Matter movement and its message seeking social justice. Social media video shows Mark and Patricia McCloskey standing outside their home Sunday night with weapons as demonstrators went by. The protesters were demanding St. Louis Mayor Lyda Krewson’s resignation after she publicly read the names and addresses of several residents who supported defunding the police department. Krewson has apologized, saying she didn’t intend to cause anyone distress when she read the names during a Facebook Live briefing.