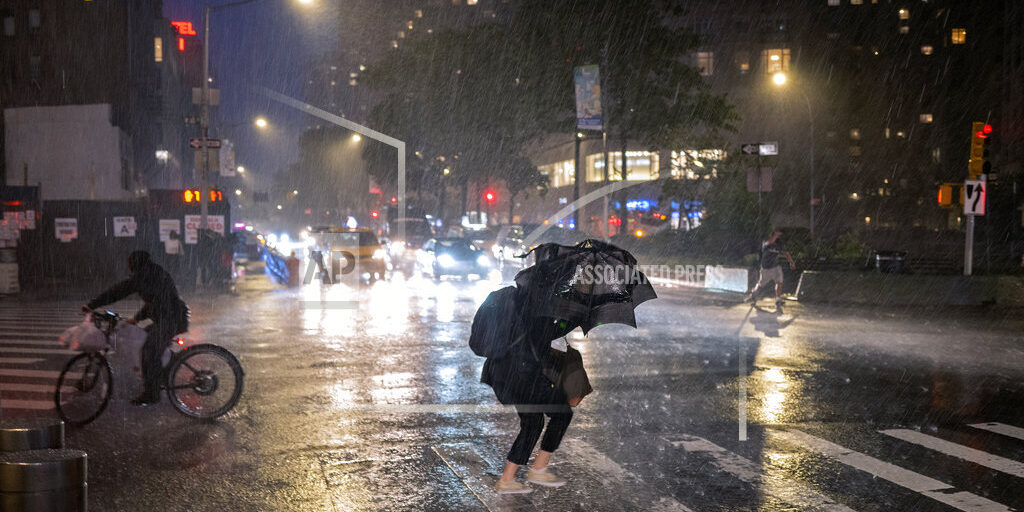 NEW YORK (AP) — Authorities say at least eight deaths were reported in New York City and New Jersey as relentless rain from the remnants of Hurricane Ida sent the New York City area into a state of emergency. The storm carried early Thursday into New England with threats of more tornadoes. Police in New York City reported seven deaths, including a 50-year-old man, a 48-year-old woman and a 2-year-old boy who were found unconscious and unresponsive inside a home. One death was reported in New Jersey. Subway stations and tracks became so flooded that the Metropolitan Transportation Authority suspended all service. Videos posted online showed subway riders standing on seats in cars filled with water.