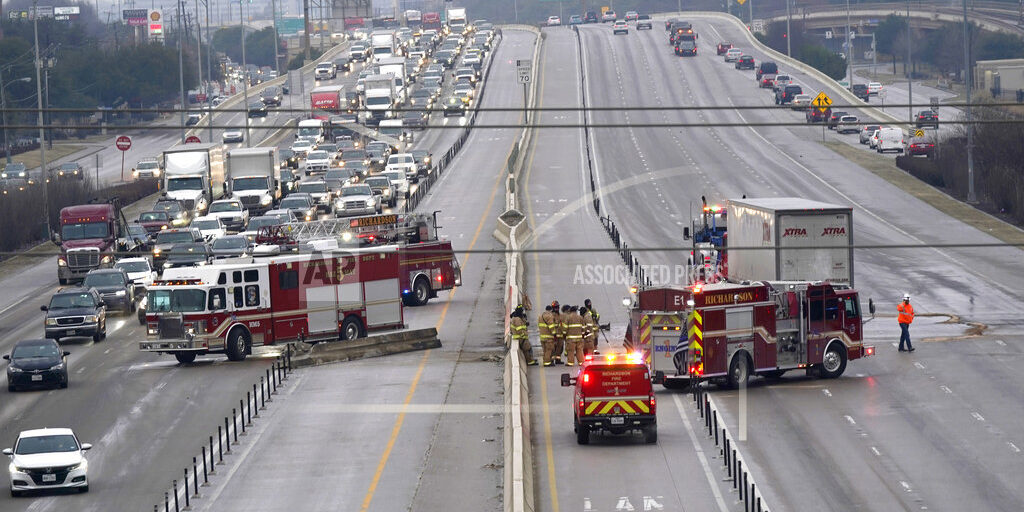 FORT WORTH, Texas (AP) — Police say at least five people were killed in a massive crash involving 75 to 100 vehicles on an icy Texas interstate. Fort Worth police say the number of injured is still unknown as they are still working the accident. The pileup happened as a winter storm is dropping freezing rain, sleet and snow on parts of the U.S. In Austin, emergency officials said that more than two dozen vehicles were involved in a pileup on an icy road, and one person was injured. Elsewhere, ice storm warnings were in effect from Arkansas to Kentucky.