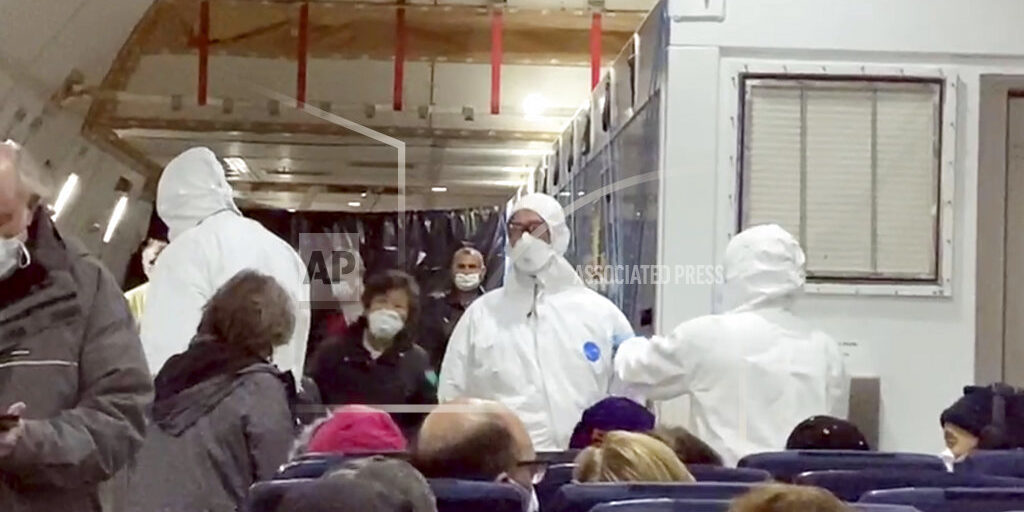 TRAVIS AIR FORCE BASE, Calif. (AP) — More than 300 American cruise ship passengers, including 14 who tested positive for coronavirus, are being quarantined at military bases in California and Texas after arriving from Japan on charter flights overnight. One plane carrying cruise passengers touched down at Travis Air Force Base in Northern California just before midnight Sunday. Another arrived at Lackland Air Force Base in Texas early Monday. The passengers will be quarantined at the bases for two weeks. Japan’s defense minister tweeted earlier that Japanese troops helped transport 340 U.S. passengers from the port to Tokyo’s airport. About 380 Americans were on the cruise ship.