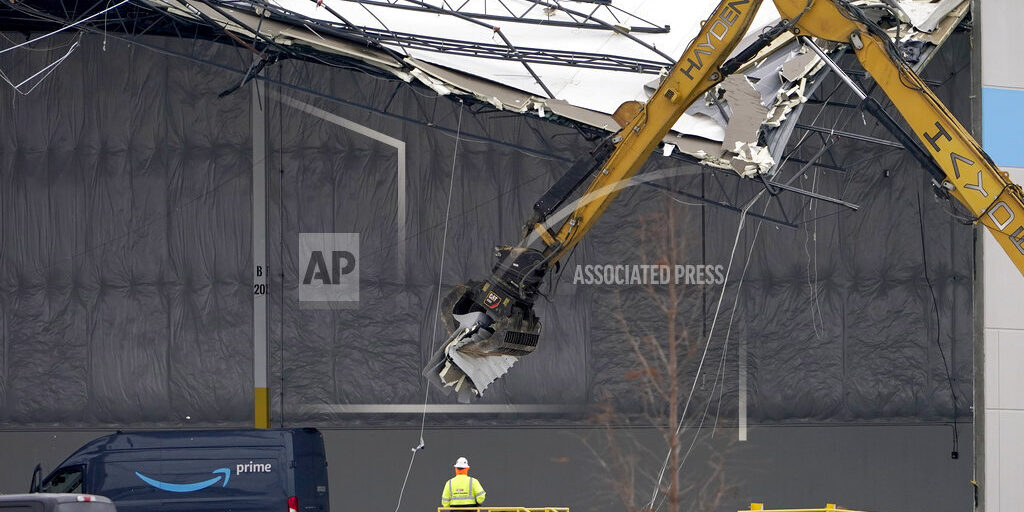 EDWARDSVILLE, Il. (AP) — The federal Occupational Health and Safety Administration said Monday it has opened an investigation into the collapse of an Amazon warehouse in Edwardsville, Illinois, after it was struck by a tornado on Friday, leaving six people dead and another hospitalized. OSHA will look into whether workplace safety rules were followed. OSHA inspectors, who have been at the site since Saturday, will have six months to complete the investigation, said spokesperson Scott Allen. Amazon, meanwhile, said workers at the warehouse had little time to prepare when the National Weather Service declared a tornado warning on Friday night. The tornado arrived soon after, collapsing both sides of the warehouse and caving in its roof.