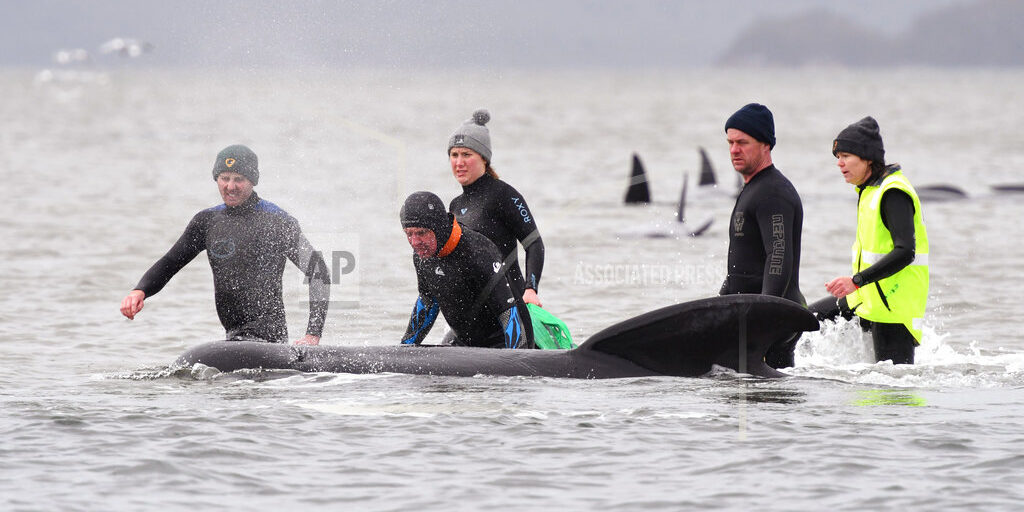 Hobart, Australia (AP) — More pilot whales have been found stranded in Australia, raising the estimated total to almost 500 in the largest mass stranding ever recorded in the country. Authorities had been working to rescue survivors among an estimated 270 whales found Monday on a beach and two sand bars on Tasmania state. A parks official says another 200 stranded whales were spotted from the air on Wednesday south of the first group. Most of the newly discovered whales appear to be dead, and about a third of the first group has died. But wildlife officials say there’s a good chance of helping the survivors.