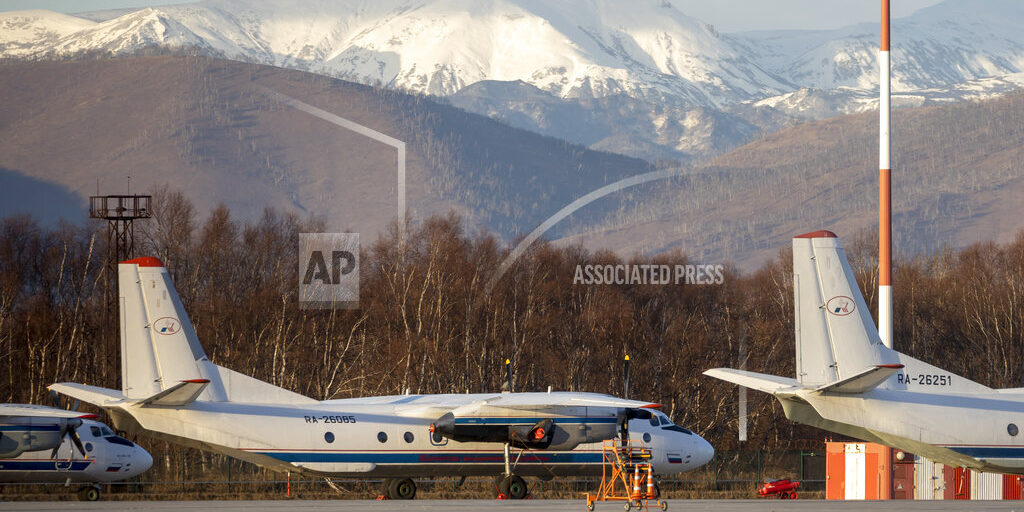 MOSCOW (AP) — A plane carrying 28 people has crashed, apparently as it came in for a landing in bad weather in Russia’s Far East. Everyone aboard was feared dead. Officials say wreckage from the An-26 was found on a coastal cliffside and in the sea near the airport in the town of Palana. The plane was on approach for a landing Tuesday in fog and clouds when it missed a scheduled communication and disappeared from radar. No bodies have been found yet. Russia’s Pacific Fleet told news agencies that part of the fuselage was found on the side of a mountain and another part was floating in the Okhotsk Sea.