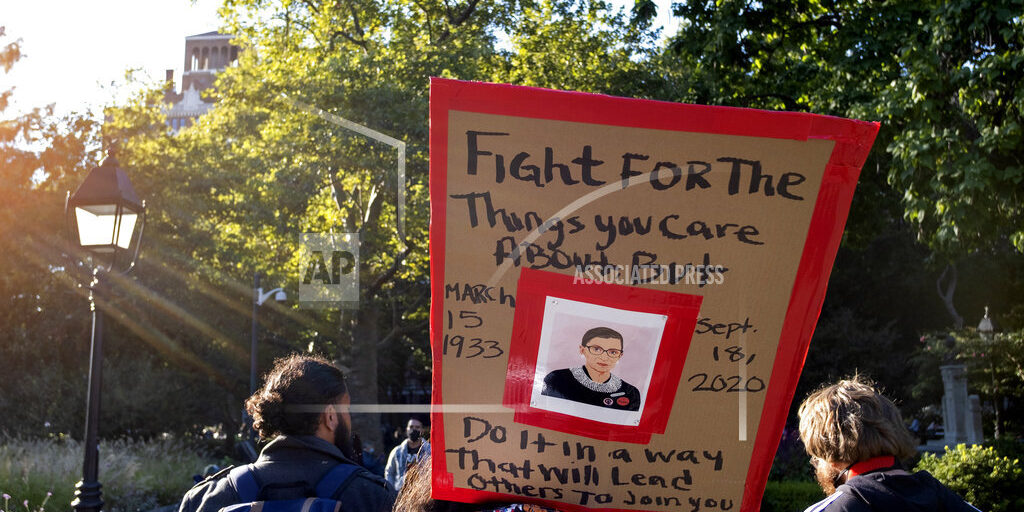 WASHINGTON (AP) — The political battle is being quickly joined over replacing the late Justice Ruth Bader Ginsburg on the Supreme Court. Almost immediately after her death was announced Friday, Republicans and Democrats were staking their positions on what happens next — and collecting lots of campaign donations for the struggle ahead. President Donald Trump says he’ll put forward a nominee this week and push the Senate to move fast on his choice. Democrats and some Republicans say this shouldn’t happen before the election, and the seat should be filled by a nominee from the president in January — whether that’s Trump or Democrat Joe Biden.