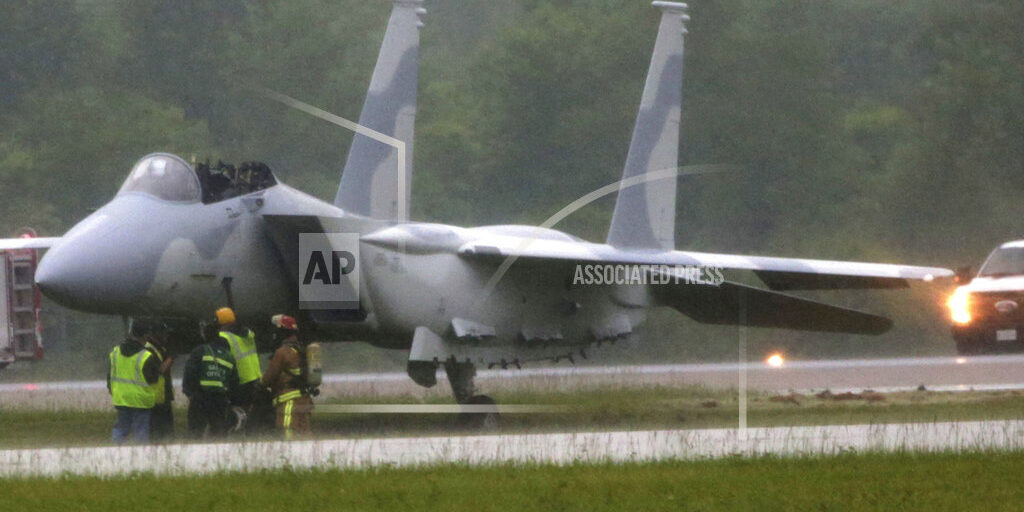 MASCOUTAH, Ill. (AP) — Military officials say two pilots ejected safely from an F-15 fighter jet when the aircraft left a runway while landing at a southwestern Illinois airport. The U.S. Air Force said in a statement that the two U.S. active duty pilots suffered minor injuries in the incident Tuesday morning at MidAmerica St. Louis Airport in Mascoutah, Illinois. Officials at nearby Scott Air Force Base say both pilots were taken to a hospital. One pilot has since been released. MidAmerica airport is located about 25 miles east of St. Louis.