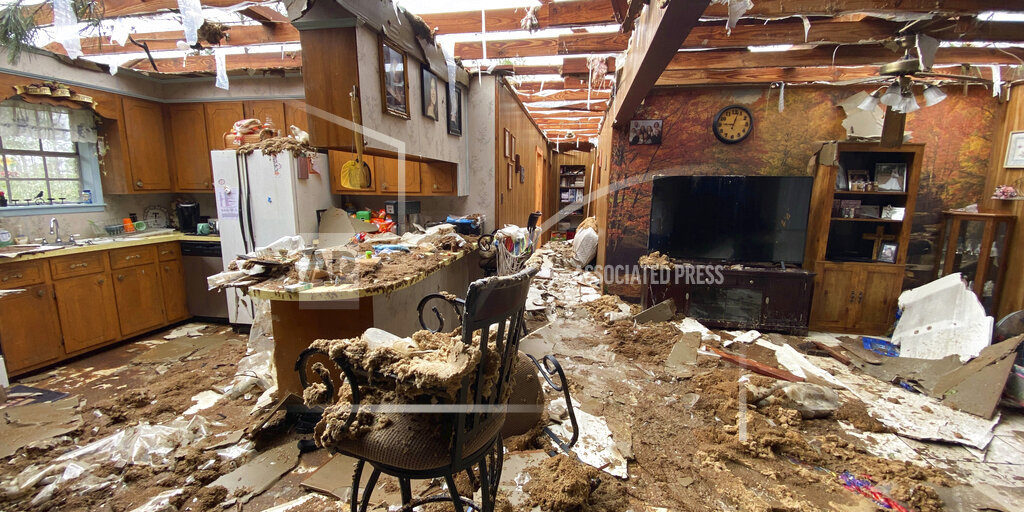 HEADLAND, Ala. (AP) — Two people are dead after a night of severe weather across the Deep South. Mississippi emergency managers say a possible tornado killed one person there Sunday night. And a south Alabama coroner says 61-year-old Jerry Oliver Williams of Henry County was killed when a suspected tornado hit a mobile home Sunday night. Rescuers found the man’s body under the wreckage, but his wife and child weren’t hurt. The deaths came as firefighters had to work through storms to contain a blaze at the main music building at the University of Alabama.