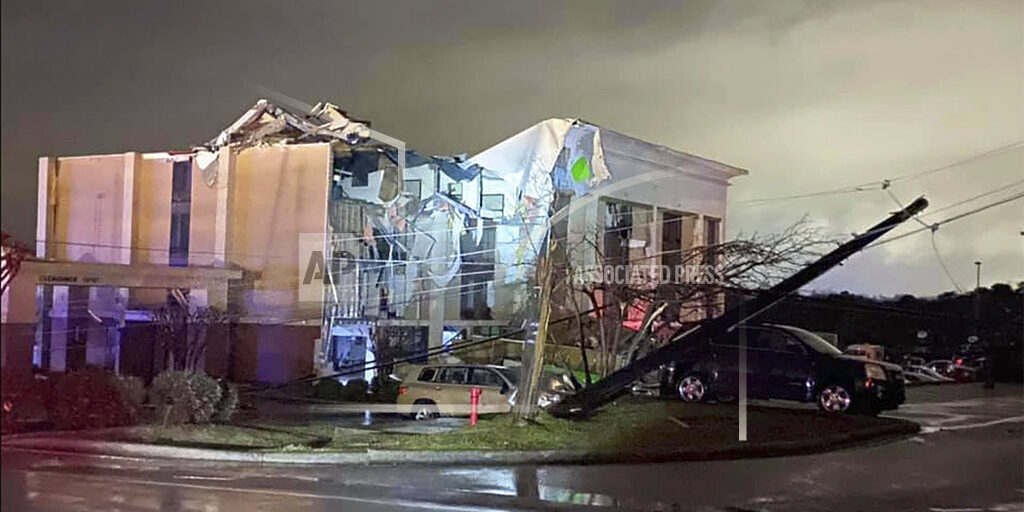 FULTONDALE, Ala. (AP) — Officials say a tornado killed a teenager who was huddling with his family in the basement of their Alabama home Monday night. The storm blew down a tree that collapsed the structure. Fultondale Police Chief D.P. Smith says several other family members were critically injured. The tornado left a swath of destruction in the Jefferson County city north of Birmingham. Fultondale Fire Chief Justin McKenzie says 17 people have been hospitalized and 11 others were treated on scene. The National Weather Service says the storm blew across Georgia before dawn and was prompting high wind warnings in the Carolinas on Tuesday.