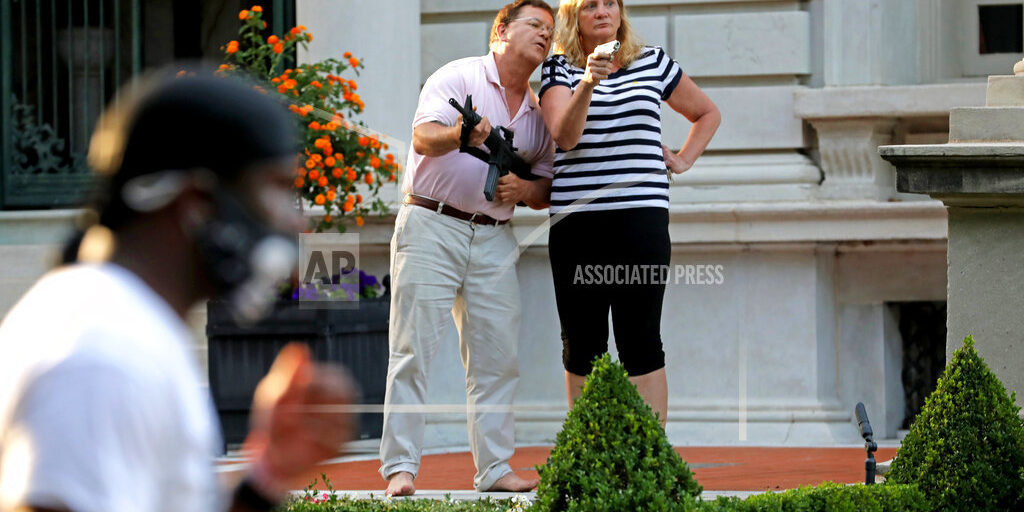 O’FALLON, Mo. (AP) — President Donald Trump believes St. Louis’ top prosecutor committed an “egregious abuse of power” in charging a couple who displayed guns during a protest outside their mansion. That’s according to White House press secretary Kayleigh McEnany, who spoke Tuesday morning on the Fox News program Fox & Friends. McEnany was discussing St. Louis Circuit Attorney Kim Gardner’s decision to file felony unlawful use of a weapon charges against Mark and Patricia McCloskey. The white couple in their early 60s are both lawyers. Other Republicans also were critical of the charges, but Gardner says the actions of the McCloskeys risked bloodshed.