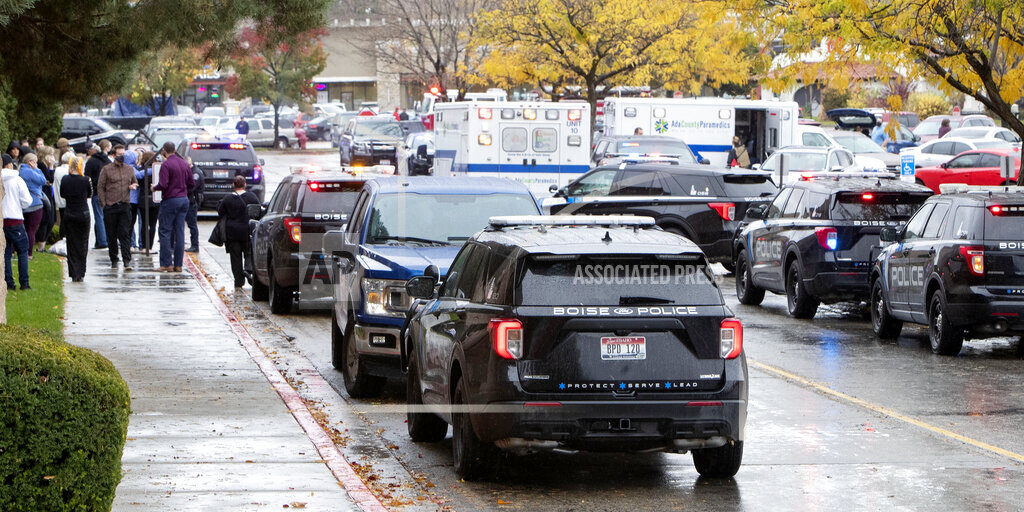 BOISE, Idaho (AP) — Police say they exchanged gunfire with a suspect during a shooting at a shopping mall in Boise, Idaho, that killed two people and injured four — including an officer. Boise Police Chief Ryan Lee said at a news conference the shooting was reported about 1:50 p.m. on Monday — as well as a report that one person was “shot and down” at that time. When the officers arrived, they spotted someone who matched the description of the suspect. Authorities said officers exchanged gunfire with the suspect and later said the suspect was in critical condition at a hospital. Police said Monday evening that the officer had been treated and released.