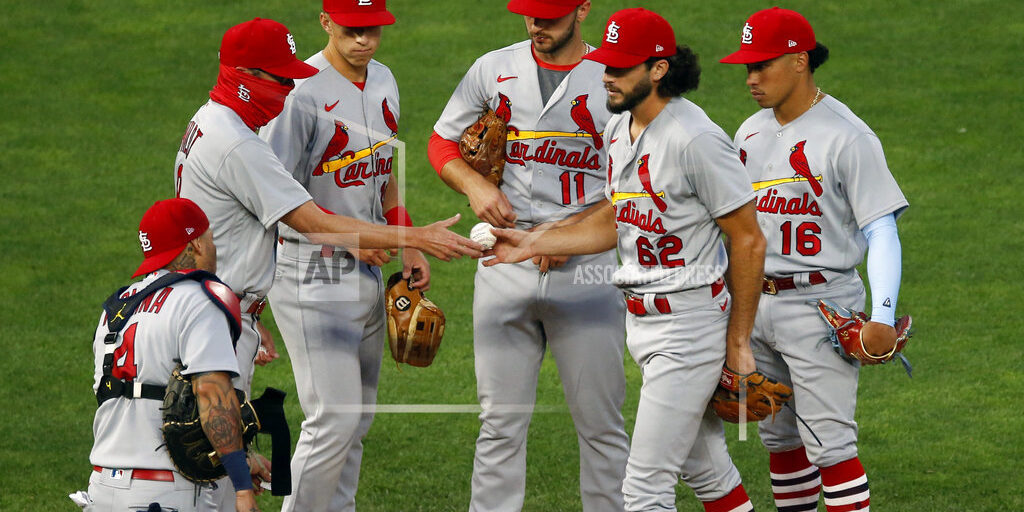 NEW YORK (AP) — The coronavirus has forced another change in Major League Baseball’s schedule. That brings the league’s total to eight teams affected in the first nine days of the 60-game season. Friday’s game between St. Louis and Milwaukee was postponed after two Cardinals employees tested positive for the coronavirus. The league says the postponement in Milwaukee is “consistent with protocols to allow enough time for additional testing and contact tracing to be conducted.” The teams plan to resume their schedule Saturday night at Miller Park, pending test results. Two other games scheduled for Friday involving the Marlins, Nationals, Blue Jays and Phillies had already been postponed because of an outbreak among Miami players and two positive tests on Philadelphia’s coaching staff.