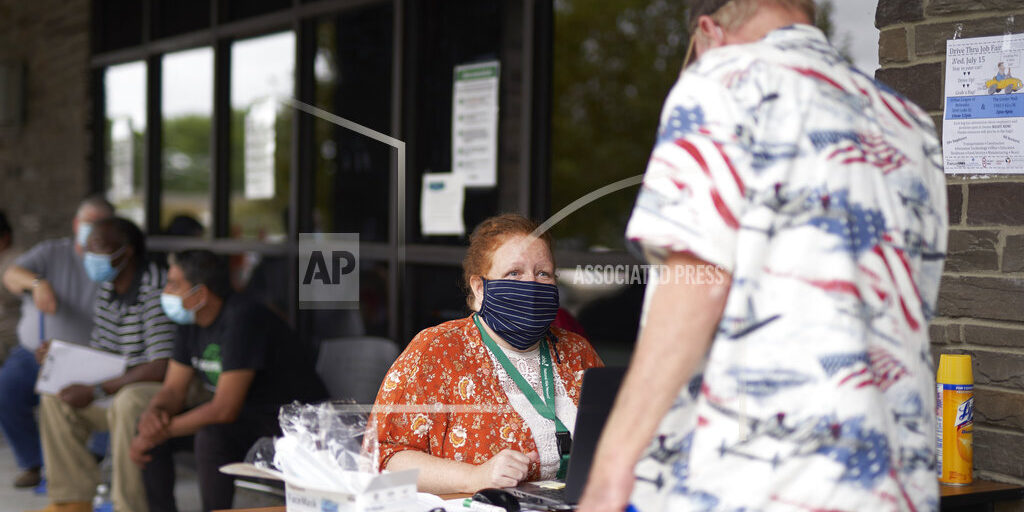 WASHINGTON (AP) — U.S. unemployment dropped sharply in August to a still-high 8.4% from 10.2%, with about half the 22 million jobs lost to the coronavirus outbreak recovered so far,  the government said Friday in one of the last major economic reports before Election Day. Employers added 1.4 million jobs last month, the Labor Department said, down from 1.7 million in July and the fewest since hiring resumed in May. The economy has recovered barely half the 22 million jobs that vanished when the pandemic paralyzed the nation in early spring.