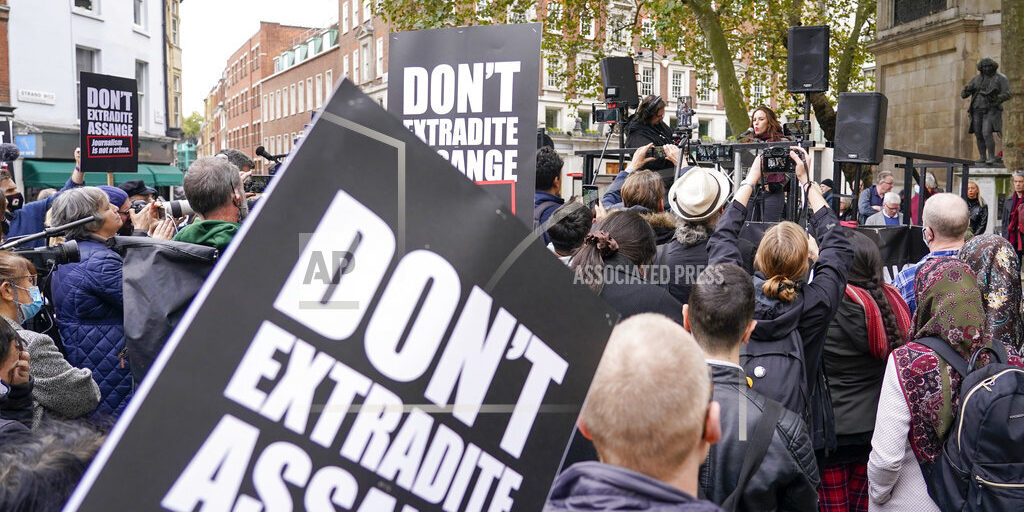 LONDON (AP) — The U.S. government has asked Britain’s High Court to overturn a judge’s decision that WikiLeaks founder Julian Assange should not be sent to the United States to face espionage charges. A lower court judge who refused extradition in January ruled Assange was likely to kill himself if held under harsh U.S. prison conditions. But a lawyer for the U.S. said American authorities have given binding assurances that Assange would be able to serve any sentence he received in his native Australia and wouldn’t be held before trial in a top-security U.S. “Supermax” prison. Assange missed the first part of Wednesday’s hearing but then appeared by video link from prison later Wednesday.