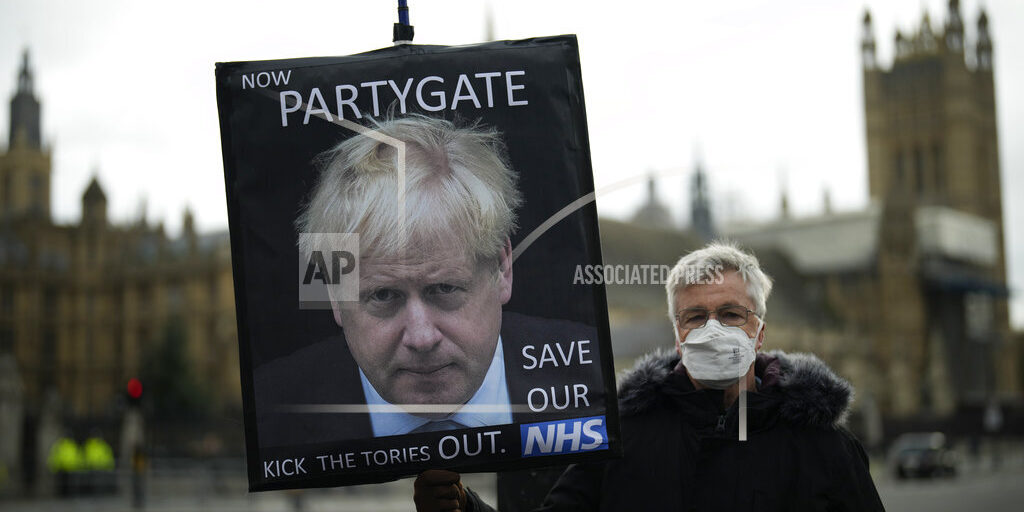 LONDON (AP) — British Prime Minister Boris Johnson has apologized and ordered an inquiry after a leaked video showed senior members of his staff joking about holding a lockdown-breaching Christmas party. The video has poured fuel on allegations that government officials flouted coronavirus rules they imposed on everyone else. A video aired by broadcaster ITV showed then-press secretary Allegra Stratton appearing to joke about an illicit party at the prime minister’s Downing Street office. Johnson said Wednesday that he had ordered Britain’s top civil servant to investigate. He said he shared the anger at staff seeming to make light of lockdown rules and “I apologize unreservedly for the offense” the video has caused.