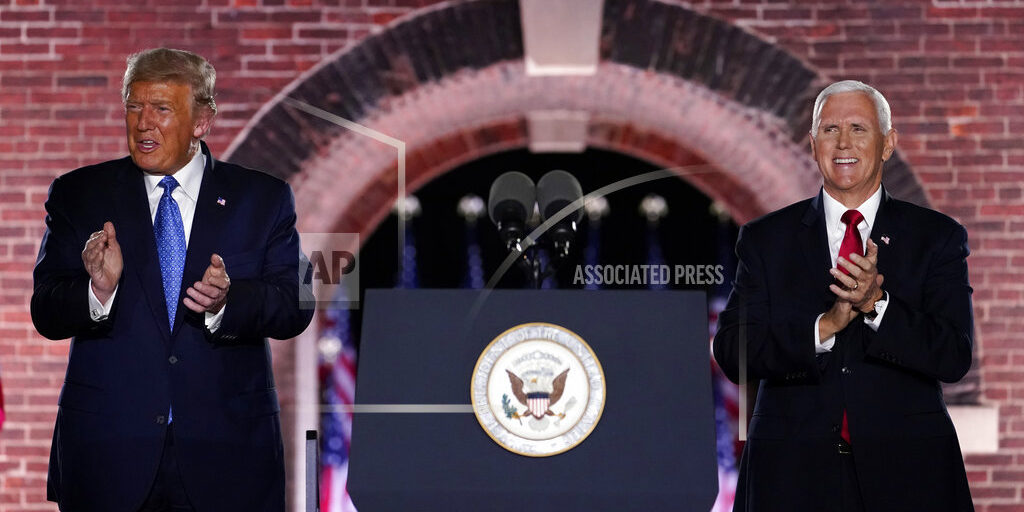 WASHINGTON (AP) — President Donald Trump will lash out at the Democratic presidential nominee Joe Biden in his acceptance speech at the Republican National Convention speech Thursday evening,. He is telling voters that the former vice president will pursue the “most extreme set of proposals ever put forward by a major party nominee.” Trump has complained that the Democrats’ message was too dark and pessimistic when they held their own scaled-back convention last week. But excerpts of the president’s prepared remarks suggest that he will excoriate Biden with his own turn before a national audience. He is expected to make the case that “at no time before have voters faced a clearer choice.”