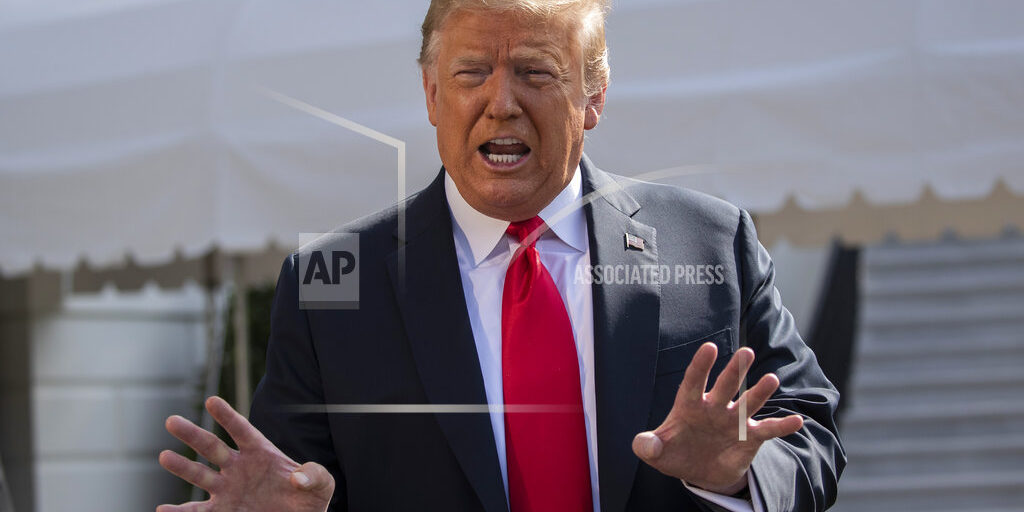 WASHINGTON (AP) — President Donald Trump says he’ll issue an executive order to protect monuments that are coming under new scrutiny as America wrestles with racism during the unrest sparked by the police killing of George Floyd. Trump opposes the removal of monuments of leaders of the Confederacy or other distasteful aspects of American history. Protesters tried Monday night to pull down a statue of President Andrew Jackson in a park near the White House before they were dispersed by police. Trump tweeted that such protesters could face 10 years in prison under federal law. Trump said Tuesday an executive order will just “reinforce” the law.