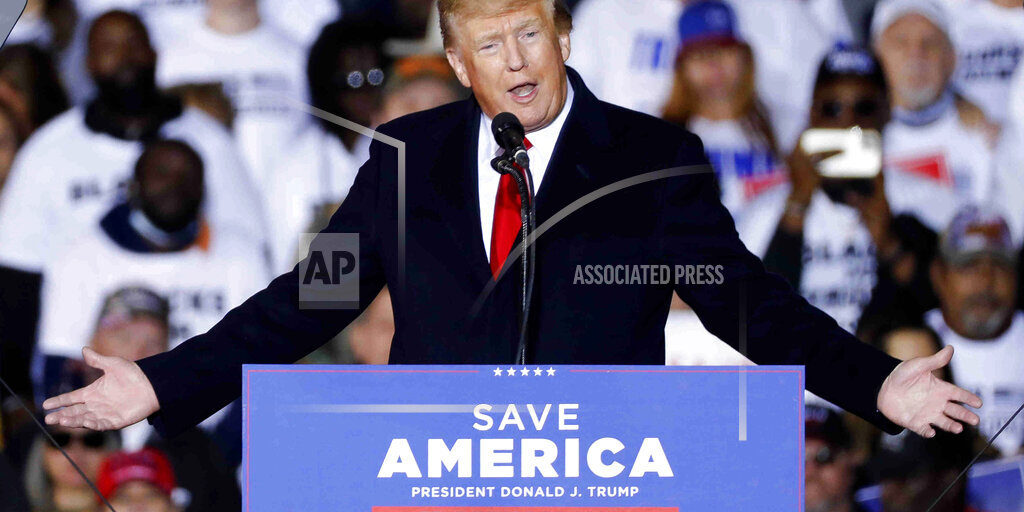 CONROE, Texas (AP) — Former President Donald Trump is dangling the prospect of pardons for supporters who participated in the deadly Jan. 6 riot at the U.S. Capitol if he returns to the White House. During a rally Saturday night in Texas, Trump said if he runs again for president and wins, he will treat “those people from Jan. 6th fairly.” He added that if pardons are required, “we will give them pardons because they are being treated so unfairly.” More than 700 people have been arrested and charged with federal crimes in connection with the Jan. 6 riot.