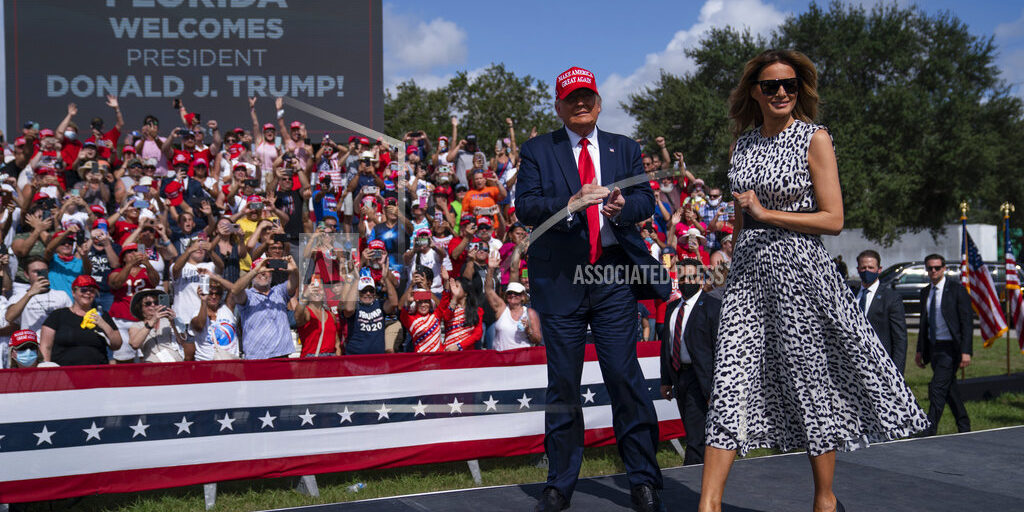 TAMPA, Fla. (AP) — In the campaign’s final days, President Donald Trump and Democratic rival Joe Biden are both appealing for voters to turn out in person on Election Day next Tuesday. Both candidates are chasing votes in Florida, a state all but essential to the Republican’s pathway to another term. Trump and Biden are appearing hours apart in Tampa, visiting the western end of the state’s Interstate 4 corridor. The area is known for its rapid residential growth, sprawling suburbs and status as an ever-changing, hard-fought battleground during presidential elections. Nationwide, more than 73 million Americans have already voted, either by absentee or by mail.