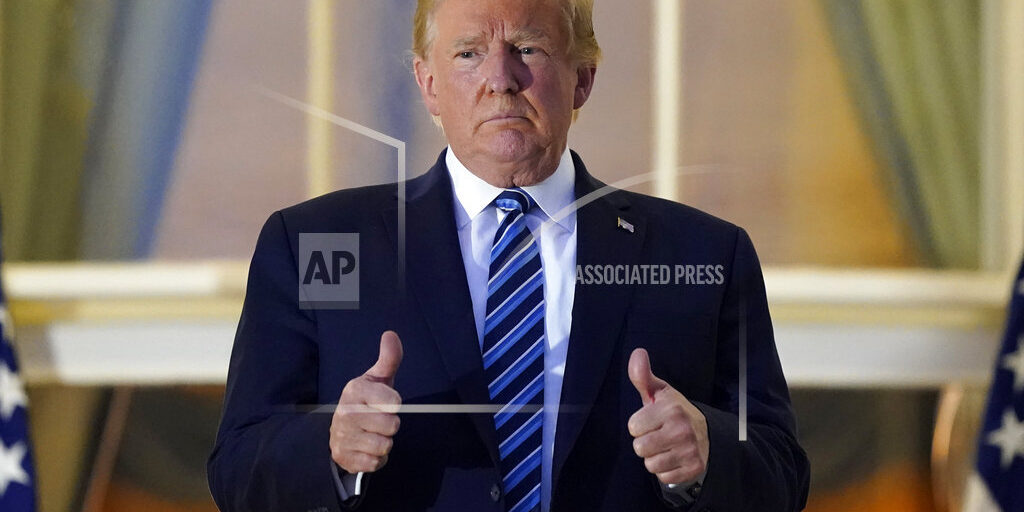 WASHINGTON (AP) — President Donald Trump is back at the White House after staging a dramatic return from the military hospital where he has been receiving an unprecedented level of care for COVID-19. His doctor says he spent a restful night and is showing no new symptoms. After arriving back at the White House, he immediately ignited a new controversy by declaring that despite his illness the nation should not fear the virus that has killed more than 210,000 Americans. That was Monday evening. On Tuesday he underscored his controversial message by repeating his previous comparison of COVID-19 to the seasonal flu.