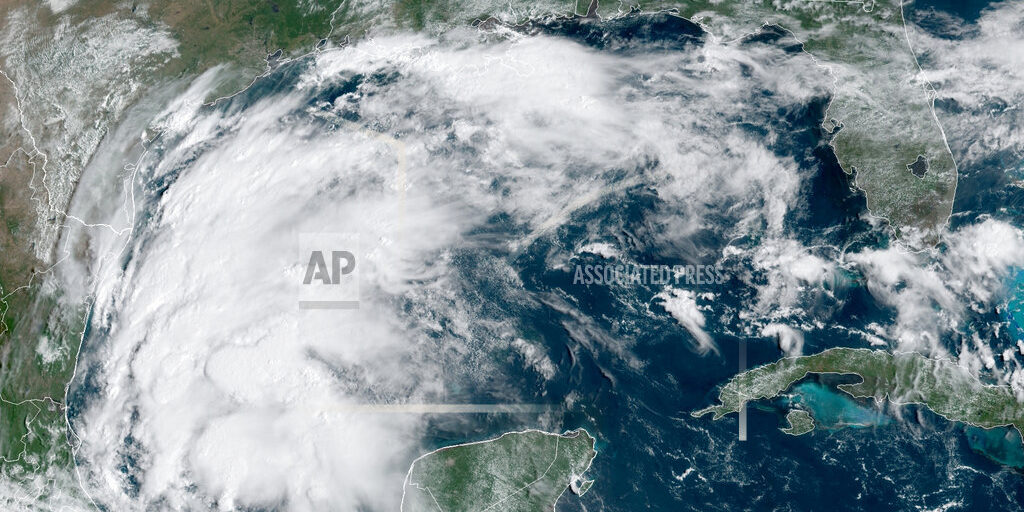 MIAMI (AP) — Tropical Storm Nicholas is strengthening early Monday as it travels up the western Gulf Coast. Forecasters at the National Hurricane Center in Miami say coastal areas of Texas, Mexico and Louisiana could see heavy rain and flooding. Nicholas has top winds around 60 mph. Tropical storm warnings have been issued for coastal Texas. Nicholas is expected to produce total rainfall of up to 10 inches across portions of coastal Texas into southwest Louisiana through midweek. Rainfall amounts of 2 to 5 inches were expected through Monday over the eastern portions of the Mexican state of Tamaulipas.