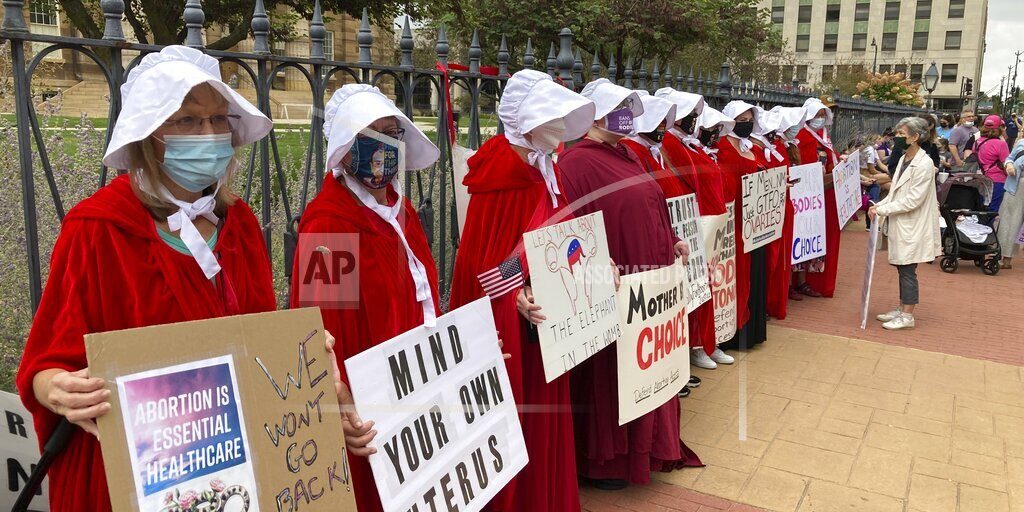 SPRINGFIELD, Ill. (AP) — Sign-waving, chanting crowds rallied in Illinois Saturday in support of abortion rights just weeks after Texas restrictions all but banned the procedure in that state. Thousands of people gathered in Daley Plaza in Chicago chanting, “Our body, our choice” before marching through the Loop. In Springfield, several hundred people gathered on the south side of the Old State Capitol plaza. Those were just two of 650 similar actions around the country, according to Planned Parenthood of Illinois. Rallies in both Chicago and the capital called for repeal of the state’s parental notification law, requiring an adult family member to be told about an abortion planned by a minor.