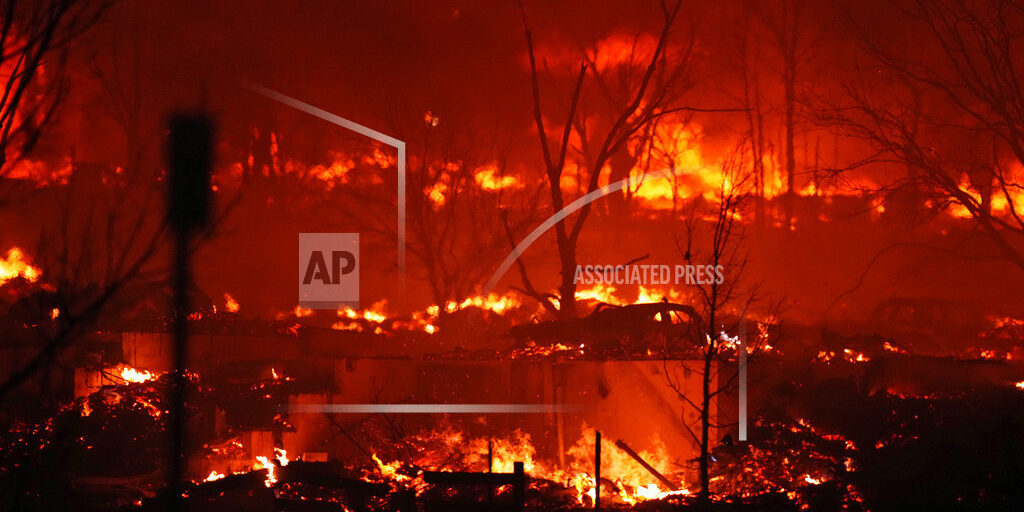 DENVER (AP) — Late season wildfires fueled by strong winds have burned hundreds of homes, a hotel and a shopping center outside Denver. The fires have forced thousands of people to flee their homes. At least one first responder and six others have been injured. Boulder County’s sheriff says there could be more injuries and deaths also could be possible due to the intensity of fires that quickly swept across the region. Evacuations have been ordered for the city of Louisville and Superior. The neighboring towns are roughly 20 miles northwest of Denver in an area filled with middle and upper-middle class subdivisions surrounded by shopping centers, parks and schools.