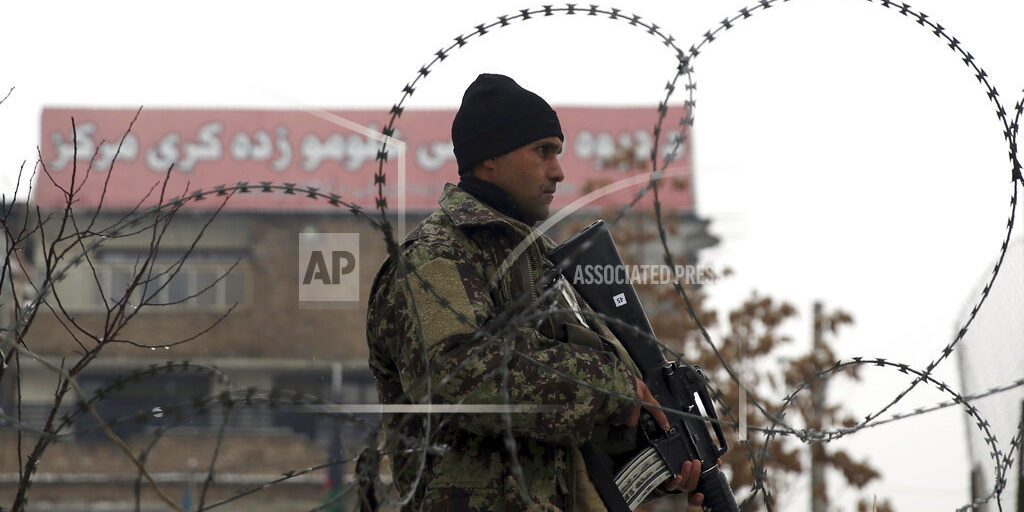 Kabul, Afghanistan (AP) An Afghan official says a suicide bomber targeting a military academy in Kabul has killed at least six people, including two civilians. The Interior Ministry spokesman says Tuesday’s attack also wounded 12 others, five of them civilians. The attack happened at a police checkpoint near the entrance of the academy, located on the outskirts of a western Kabul neighborhood. Local TV channels showed images of Afghan security forces blocking the main road leading to the blast site from afar away. The academy has been attacked in the past. No one immediately claimed responsibility for this suicide bombing.