Skip to content
St. Louis In the Know with Ray Hartmann 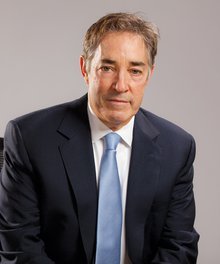 Ray brings his 41 years of St. Louis media experience to The Big 550 KTRS from 9 p.m. to midnight. The well-known talent began his career in St. Louis in 1977, at the age of 24, when he founded Hartmann Publishing and its initial publication, Profile St. Louis. Within months, that paper was dropped and the Riverfront Times was born. Under his ownership, the RFT became one of the ten largest alternative newsweeklies in the nation, and it was twice named Missouri’s top newsweekly. He sold the paper and bought St. Louis Magazine, where he served as CEO. Ray was showered with local and national honors, and he was also a popular member of the weekly panel on “Donnybrook” on KETC-TV.

KTRS 550am · St. Louis In the Know with Ray Hartmann
Go to Top