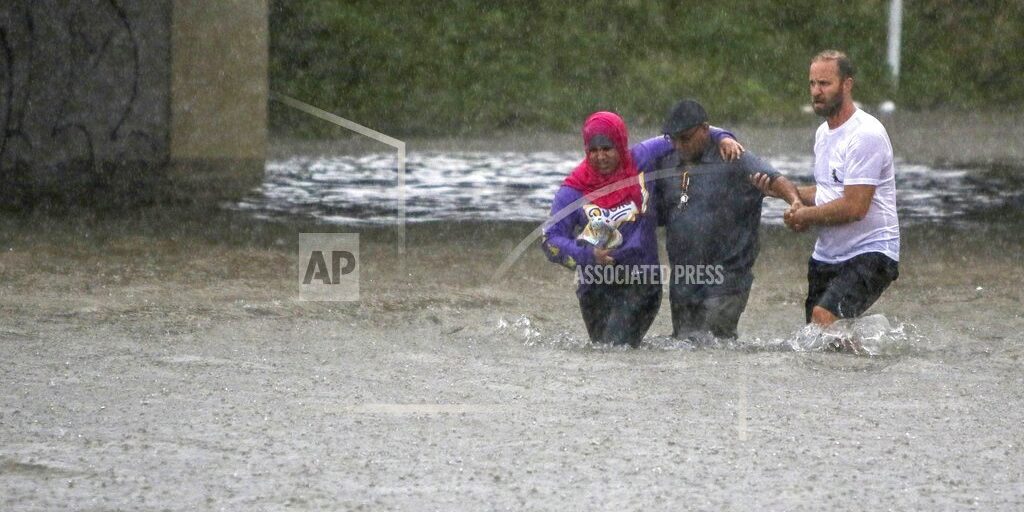 ST. LOUIS (AP) — Heavy rains brought another round of flooding to the St. Louis region, prompting firefighters to help dozens of people escape the floodwaters. No injuries were reported from Thursday’s flooding, but the St. Louis Fire Department said on Twitter that it responded to 75 flooding-related emergencies and 60 people were rescued or helped to safety. Among the rescues, the department said firefighters carried six children to safety from a daycare at Cornerstone Institutional Baptist Church, where 15 children and three adults reportedly were trapped. The storms that began Thursday afternoon didn’t drop as much rain as storms Tuesday, but they hit as the region was already recovering from widespread flooding brought by those storms.